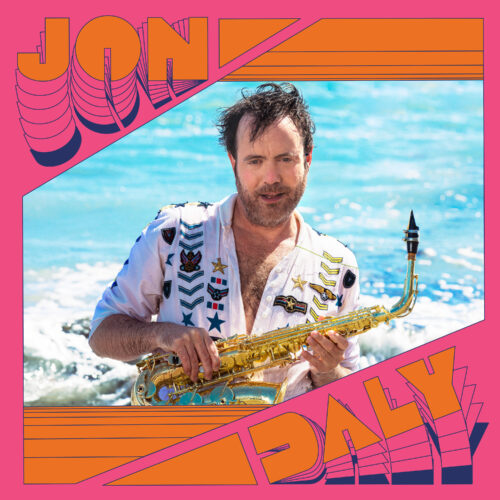 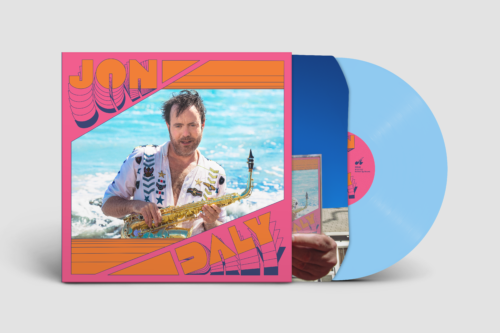 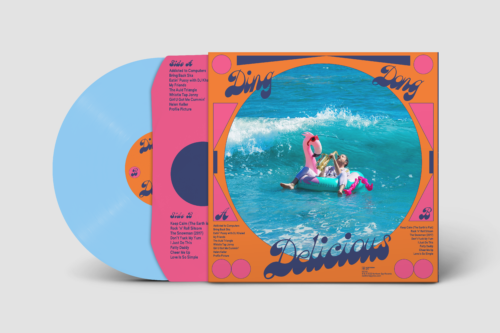 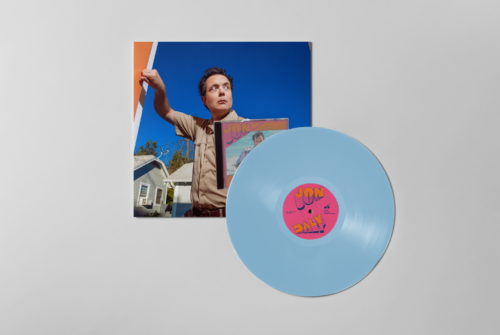 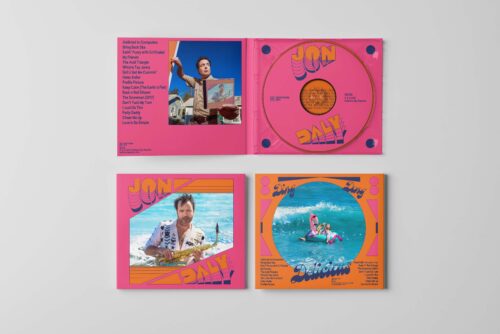 “I’m just trying to write hits,” Jon Daly confesses of Ding Dong Delicious, his debut album. Known for his roles on Kroll Show, Curb Your Enthusiasm, Bob’s Burgers, and Big Mouth, the actor gone musician casts the net wide, cycling through a new genre with nearly every song, incorporating new wave, country, electro, Irish folk, lo-fi guitar pop, ska, and classic rock. The effect is like that of scanning the radio dial, only it appears all of the DJs on every station have lost their minds.

Joined by multi-instrumentalist Cyrus Ghahremani (Man Man) Daly provides vocals and saxophone and is backed up by a cast of players including Devendra Banhart, Joe Wong (The Midnight Gospel), Mary Timony of Helium and Ex Hex, and his brothers Matt and Austin Daly. The album picks up where Daly’s previous singles, including the internet-breaking Red Hot Chili Peppers spoof “Abracadabralifornia” and Lil Xan diss track “I’m Your Dad” left off, landing somewhere between pure silliness and pop sublimity.

Drawing from Daly’s wealth of musical influence, which includes Roxy Music, the Johnny Cash/Kris Kristofferson/Willie Nelson/Waylon Jennings supergroup The Highwaymen, Devo, Islands, Man Man, King Tubby, the Chieftains, Rancid, and Jlin. The songs came together quickly, with Daly often suggesting little more than a title and a genre before Ghahremani was busy generating any number of styles, from the Celtic folk of “Whistle Stop Johnny” to the vintage electronics sampling “Addicted to Computers,” which is built on recordings of sounds made by outdated tech. Elsewhere, Daly explores (relatively) straightforward historical narratives (“Helen Keller”) and pens an ode to the 2017 psychological thriller The Snowman. Daly evokes the classic mode of Weird “Al” Yankovic on the Stones parody “Cheer Me Up” and provides a solemn country ballad response to DJ Khaled’s 2018 comments about cunnilingus on “Eatin’ Pussy With DJ Khaled.” And he’s right on time for the ska revival with the anthemic “Bring Back Ska” (“I thought it was a very colorful era,” Daly says of the genre’s ‘90s resurgence, highlighting household names like Buck-O-Nine in the lyrics). And lest you think Daly is only about jokes, there’s the Jesus and Mary Chain evoking “Profile Picture” and the charming “Love Is So Simple,” both of which feature sincere lyricism and direct performances by Daly.

“It’s dumb,” Daly says of the album, “but also the most personal thing I’ve ever done.” Both ridiculous and genuinely fun, Ding Dong Delicious is pure Jon Daly—an exuberant and hilarious ode to pop forms past and present.