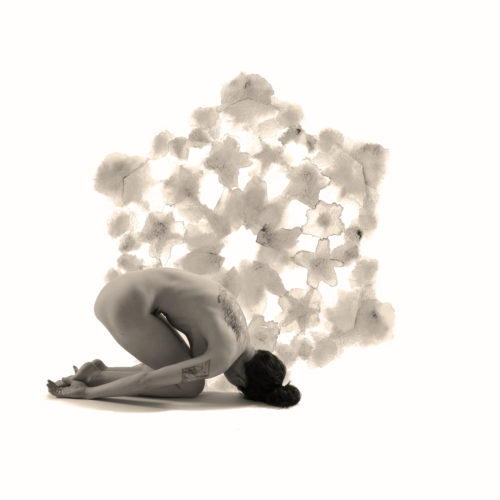 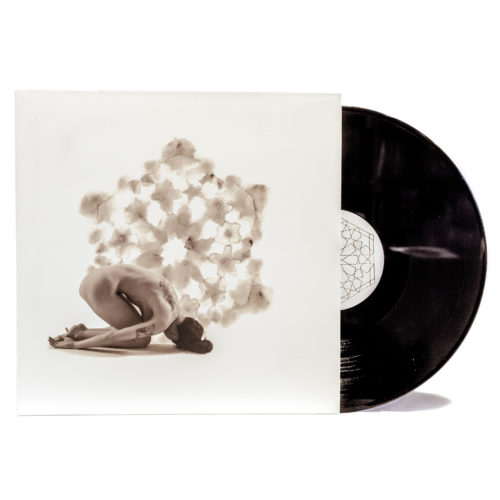 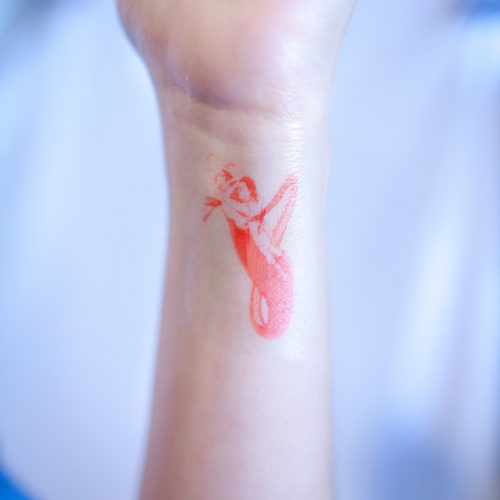 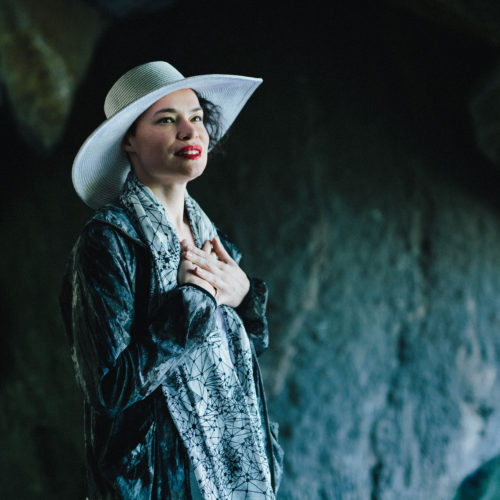 As on Larkin Grimm’s previous records, Chasing an Illusion pivots around the Harlem singer’s commanding voice, a bloody howl that is fierce enough to gobble people whole and spit out their souls. But the music here is freer than in her past work. Often, the playing veers into territory suggesting adventurous corners of jazz. Combined with Grimm’s vocal heft and hippie underpinnings, the subsequent work frequently brings to mind Astral Weeks (an album that Grimm, naturally, has never heard). Meanwhile, her songwriting remains potent and considered. Lyrics are more direct than on past records, particularly those addressing motherhood—the album’s recurring, if not quite dominant, theme. These songs dig deep, exploring an emotional openness that can feel unusually raw, vulnerable, and, at times, ferocious.

I offer up to you my latest attempt at creating utopia through sound. It is called Chasing an Illusion, and it was recorded in a dank, moldy cave in Gowanus, Brooklyn by Martin Bisi, using a decade old vintage version of Pro Tools on a long obsolete computer, and the same dusty, unlabeled mixing board used for David Bowie’s Young Americans. The band was made up of generally all my true loves at once. This is an album about higher love, and truth. Truth in sound, accomplished by recording live, keeping the vocals raw, hearing the actual sound of the room, and letting the out of tune and out of time parts celebrate our humanity and imperfection. That is the beauty of this album, as we honor the perfection of the divine energy that we invoke through the ritual trance of this music.

In the private viewing room at Riverside Church I was standing in awe above Ornette Coleman’s body. I think he was wearing a purple suit. In death, his body looked like a wax idol. His energy was thick and mellow in the room. As I touched the side of his casket, I heard the words, “The music is yours. This energy is for you. You can use it to make something.” Holding my little jewel of Ornette’s energy in my heart I walked into the main church to listen to the eulogies. Yoko Ono held a white scarf she had knitted with her precious artist’s hands for Ornette to keep him warm. I thought about the musical collaborators I have loved, and the small ways I honor them with my time. I wanted to gather them all together and record immediately. On my way outside the church, I ran into Ravi Coltrane.

“I think I’m going to make a harp record, in honor of your mom,” I said. “Her music has been getting me through the worst year of my life.” “Is it a jazz record?” He asked. “Maybe it’s a jazz record.” “Aren’t you a folk singer?” someone said. “Maybe you should leave jazz to the people who have studied it for years,” said a guitarist. “Study? I never even practice,” said Ravi Coltrane. “I just play.”

I turned around and Pharaoh Sanders was standing right behind me. My face turned white. I was starstruck. “Your playing is magic. It makes me cry. Thank you so much,” I said. Pharaoh Sanders, in a long blue robe and a short blue cap, took hold of both of my arms and looked me square in the face, saying nothing. He gave me a somber, stoic hug while one of Ornette’s friends took a picture of us. Two Aliens at a funeral. Smiling with tears in our eyes. And that is the moment in which this record was conceived.

In my spiritual practice, when a student is ready to humble themselves and transform, they strip naked and prostrate themselves at the feet of their teacher. This gesture of humility and openness is extended to you, the listener, as I kneel before you on the cover of this album. Ornette Coleman believed that every listener is equal, and no particular education is required to understand the language of the heart. I hope that this album will heal your pain as it has healed mine. I hope it will bring you closer to the divine.

No shows booked at the moment.