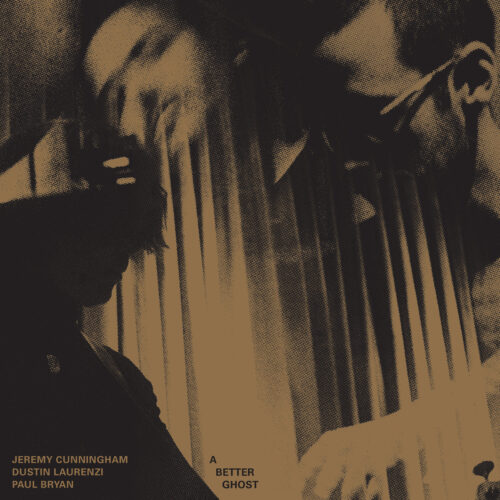 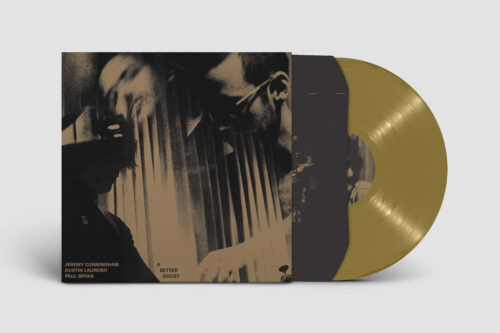 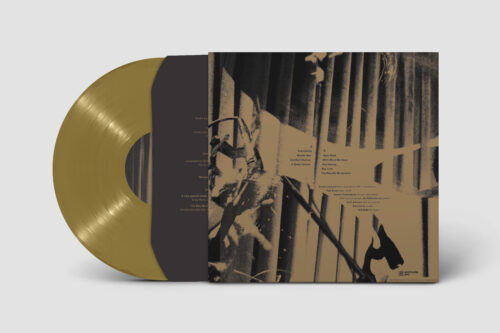 Drummer Jeremy Cunningham and saxophonist Dustin Laurenzi have been near-inseparable collaborators for years, working in countless groups together across Chicago’s vibrant jazz community. Their new album A Better Ghost finds them in collaboration with Los Angeles-based bassist/producer Paul Bryan, and is the product of phone-recorded improvisations and experiments dating back to 2017. With Laurenzi creating sequences and samples on the OP-1 synthesizer while on the road with Bon Iver, and Cunningham developing drum parts and melodic fragments, the two began finding a distinct direction to take the work, sharpening and editing these snippets into cohesive compositions.

While Cunningham and Laurenzi have collaborated this way for years, they decided to add Los Angeles based musician Paul Bryan, the Grammy-winning producer, engineer, and bassist (Jeff Parker, Aimee Mann, Lucinda Williams) who co-produced Cunningham’s Northern Spy debut 2019 LP The Weather Up There to finish these pieces. Adding bass parts and a producer’s ear to these songs, Bryan’s vital contributions were the missing link. “Paul really understood the vision of our music and added so much to what we’d already recorded. At a certain point it was a no-brainer to expand the duo to a trio” says Laurenzi. On A Better Ghost, there’s a euphoric melding of Chicago and LA’s jazz worlds present with features from prolific saxophonist Josh Johnson, legendary drummer Jay Bellerose, and Cunningham’s Resavoir bandmate and leader, trumpeter Will Miller. The resulting tracks are the product of years-long collaborators expanding their deep chemistry.

On “New Dust,” Laurenzi provides a smooth, natural improvisation, dynamically ebbing over a deep dub groove kept steady with distinct rhythmic assurance from Cunningham, Bellerose, and Bryan. “With What We Have” wakes slowly, focusing on gradual layering of horns that culminates in near-chaos. . The title track highlights the trio’s seamless blending of acoustic and synthesized palettes, featuring a woozy clarinet sample and propellant percussion alongside sci-fi synths and a Pharoah Sanders-inspired saxophone solo. Singer Katie Ernst guests on “The Way We Remember,” crafting a melody from a poem Cunningham wrote about the passing of his father in 2020. The synths ebb and flow along with Cunningham’s painterly approach at the drums, spreading colors and lines across a languid backdrop of saxophone chords and synth bass.

A Better Ghost is a reflection of how Cunningham, Laurenzi, and Bryan have found a natural musical connection that is unbound by genre and deeply personal. “Playing with Dustin and Paul has strengthened my musical instincts and allowed me to become more patient developing a sound and playing a song. Sometimes you have to just let the thing happen. Try not to get in the way too much, and let the music breathe.” -Jeremy Cunningham