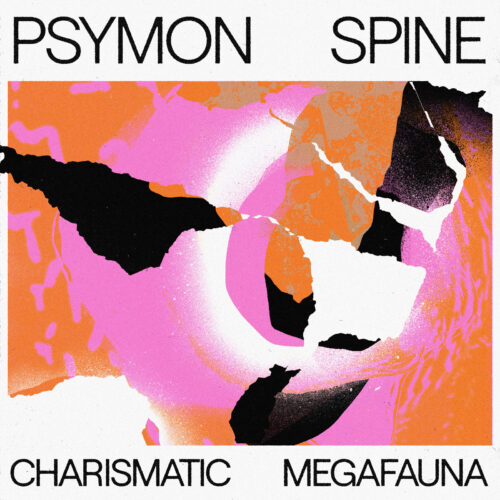 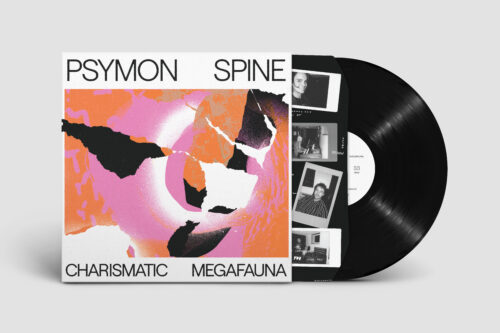 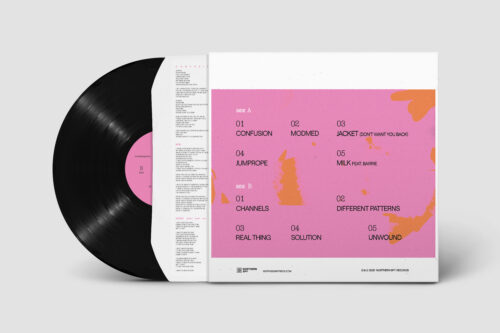 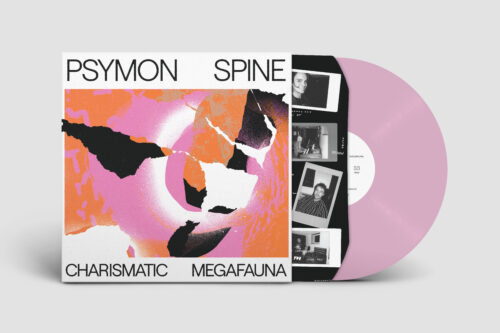 Biologists define “charismatic megafauna” as plant and animal species whose size and appearance tend to draw larger groups of people to ecological causes. It’s a curious, fascinating phrase that also perfectly defines the sneaky appeal of Psymon Spine’s second album of the same name. Fusing psychedelic pop and the deep grooves of dance music, the Brooklyn electronic pop outfit’s music is oozing with approachable melodic hugeness on first contact—but the places these guys take their songs is truly out there, exploring complicated feelings and catharsis through a singular approach to left-of-center electronic and dance sounds.

Psymon Spine’s origins date back to core members Noah Prebish and Peter Spears meeting in college and finding common ground in their artistic aims: “We wanted to make something that was experimental, but also accessible and satisfying,” Prebish states while discussing the thrust of the band’s origins, citing influences like Talking Heads and Os Mutantes along with the rush of the NYC dance scene. Eventually, Brother Michael joined Psymon Spine, as the trio hashed out the demos for what would become their debut, 2017’s You Are Coming to My Birthday. “We’ve always wanted to make people feel good with our music, but challenge them too,” Spears explains.

And Psymon Spine continued on that aesthetic mission by becoming figures in the Brooklyn dance scene through throwing the immersive art and dance parties of the Secret Friend series. Meanwhile, Prebish’s work in dream-pop band Barrie—who broke out last year with the excellent debut Happy to Be Here following a string of buzz-making singles—led him to meet singer and multi-instrumentalist Sabine Holler, who eventually joined Psymon Spine’s ranks after they both parted ways with the rest of Barrie.

That band’s eponymous lead singer also guests on Charismatic Megafauna‘s first single “Milk,” and the album’s glimmering melodies bear resemblance to the pop smarts of Prebish and Holler’s previous outfit—but Charismatic Megafauna is proof that Psymon Spine are on a whole different journey too, embracing and exploring left-field electronic sounds ranging from disco’s high-energy rhythmic breakdowns to the upward build of early techno and motorik’s indelibly incessant pulse. Psymon Spine put their own loopy and addictive stamp on the sounds of the past throughout, with surprises at every turn and the type of lush synth work that could only come from such brilliant students of dance music.

Thematically, Charismatic Megafauna—which takes its title from a biological term passed down from Prebish’s biology professor father—reflects on the changes the members of Psymon Spine have experienced in their lives over the past several years. “There’s a lot of recovery on this album,” Prebish explains. “It’s music about catharsis and being together. We’ve all had a crazy few years, and for all of us this band is a safe haven—a community, and a way to create something about what we were experiencing.”

He describes the squishy synths of “Modmed” as “a breakup song for our previous band,” an elegy to his and Holler’s parting ways  that features contributions from Andrew VanWyngarden of MGMT, while Holler defines the message underneath “Channels”‘ shouty dance-punk vibes as “Channeling whatever’s in you to something constructive in a healthy way.” “It’s a therapy song about channeling inner turmoil,” Prebish adds, “and connecting the things that define us to create a system where you can relate to the different parts of yourself.” Reflecting optimism and emotional catharsis, Charismatic Megafauna is a heady trip through left-field pop that packs its own emotional wallop.