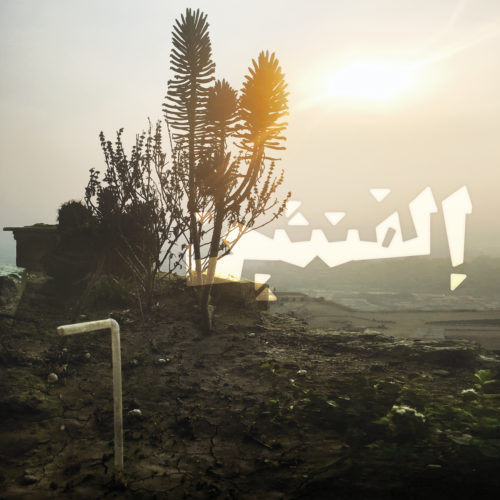 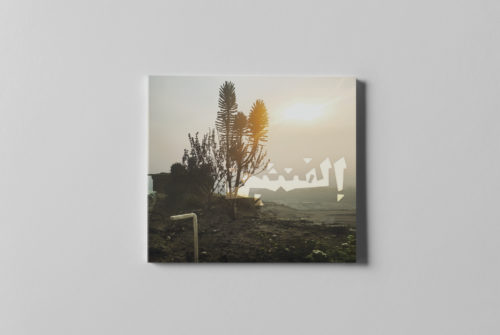 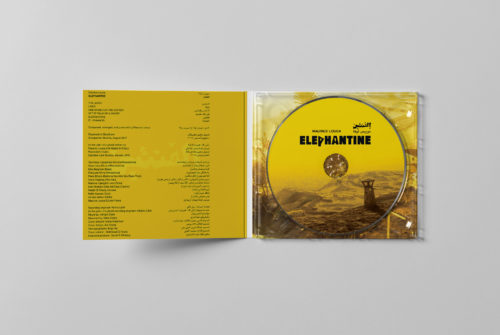 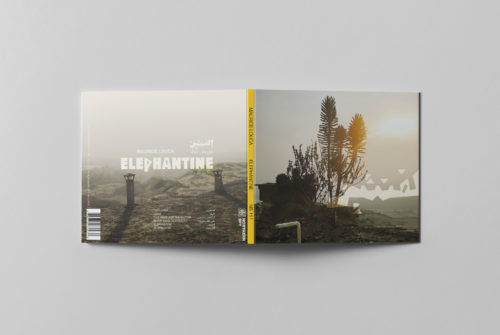 Simply put, Elephantine—which Louca calls “by far my most ambitious work”—would stand as a grand achievement for any musician, of any background. But for an artist hailing from Egypt, where the history of expression has been equally brilliant and daunting, the album is astounding.

In recent years, Louca has become something of an ambassador for his nation’s thriving experimental music scene, via two previous solo records and an evolving lineup of genre-defying collaborations. The Wire called his 2014 sophomore effort, Salute the Parrot, “remarkable music—dense, driven and splashed with colour.” In 2017, the self-titled debut by Lekhfa, the trio of Louca and vocalists Maryam Saleh and Tamer Abu Ghazaleh, was praised as an “edgy triumph” in The Guardian. This past July, Louca appeared again in The Wire, in a cover story on “Cairo’s new wave” that featured his solo work as well as the Dwarfs of East Agouza, his mesmeric unit with Sam Shalabi and Sun City Girls’ Alan Bishop.

Louca’s narrative begins with music we all know, albeit in circumstances that most of us can’t imagine. Born in Cairo in 1982, he started on guitar at age 12, and became immersed in the music of the MTV era, as well as such 60s psychedelic mainstays as Pink Floyd, Hendrix, and the Doors. These were pre-Internet years in a country with state-run media, so access was scarce; tapes were dubbed and traded at school, along with bits and pieces of information. By the mid-to-late-’90s, spurred on by a media panic that connected metal fans to Satanic ritual, the state had essentially outlawed live rock music. Louca, just in his early teens, was able to rehearse with his bands and explore his burgeoning interest in songwriting. But booking gigs was almost impossible, and he witnessed older generations playing rock and metal become targets of the authorities. “It was a very, very depressing time to be a musician,” he reflects.

As the ’90s became the aughts, the reins were loosened on live music, and Louca’s tastes eventually expanded into classical and contemporary Arabic music, especially the street-level pop called shaabi, as well as the avant-garde and electronic music. Accordingly, his toolbox grew to include the synthesizer, laptop, sampler and drum machine. Following the Arab Spring protests of 2011, a galvanized DIY scene developed in Cairo, building upon the passion and elbow grease of the music and arts community that’d been gathering steam in Egypt throughout the prior decade. Artists, promoters and fans could suddenly operate without police oversight, and the results were remarkable, with shows attracting large numbers of concertgoers.

Sadly, as new leadership has taken hold in Egypt, and as those leaders have been alarmed by the sight of tens of thousands of spirited young people joining together, performance opportunities have regressed. A system of dedicated promoters and artists has been replaced by what preceded it, namely embassies and institutions with the funds to throw events in an economically distressed nation. A mind-boggling 14 governmental permits are required to throw the average gig, in addition to other requisite bribes and payoffs. Not surprisingly, the lack of operational spaces is dismaying. “When you have millions of people and around 10 venues,” Louca says, “there’s something wrong.” Despite these challenges, Egypt continues to provide fertile ground for Louca and his peers, like the celebrated Egyptian visual artist Maha Maamoun, who contributes the album’s cover art. Today, the Egyptian scene is a familiar feature of contemporary art and experimental music festivals across Europe.

Certain components of Elephantine, especially Louca’s use of avant-jazz-style improv, a developing fascination, required the composer to go outside Egypt’s rich talent pool and tap players from Italy, Iraq, Sweden, Turkey and Denmark. The sessions, however, held in 2017 in Stockholm, made these efforts worthwhile. “There was a blessed thing about the process of making this record,” he says. “The dynamic between us musically but also as people … it was a very exciting time.”