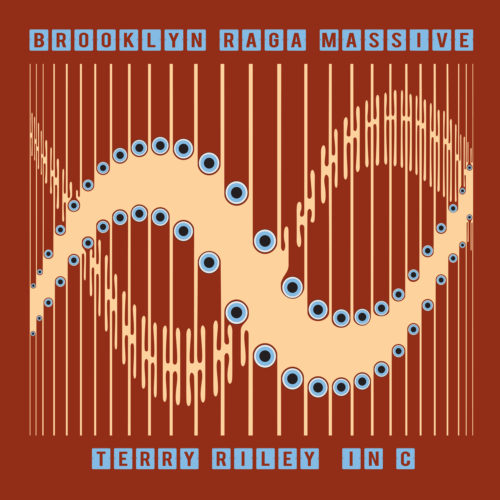 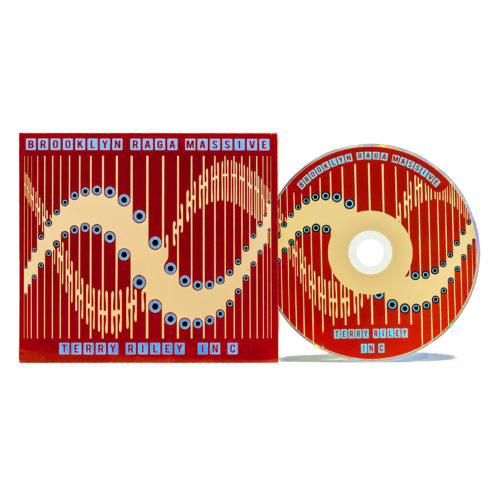 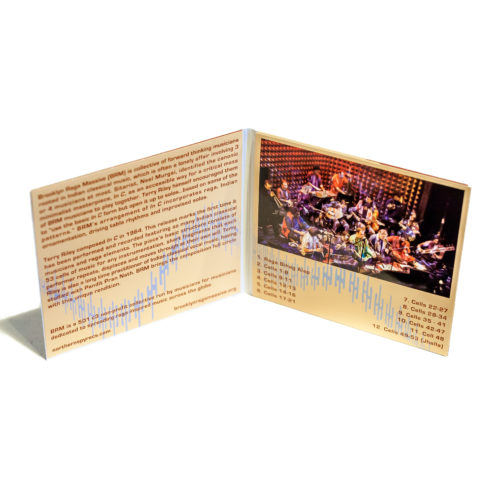 Brooklyn Raga Massive (BRM), a collective of forward thinking musicians rooted in Indian classical music, release Terry Riley In C recorded live in concert with 18 musicians at Joe’s Pub on January 11, 2017. Indian classical music is often a lonely affair involving 3 or 4 musicians at most. Sitarist Neel Murgai identified the canonic minimalist masterpiece as an accessible way for a critical mass of BRM musicians to play together. Terry Riley himself, after listening to an early performance recording, suggested they “use the basic In C form but open it up to solos…based on some of the patterns.” BRM’s arrangement of In C incorporates raga, Indian ornamentation, driving tabla rhythms, improvised solos and an instrumentation of sitar, sarod, bansuri, vocals, tabla, hammered dulcimer, oud, violin, cello, upright bass, dragon mouth trumpet, guitar, cajon, riq and frame drum.

Terry Riley composed In C in 1964, but this release marks the first time it has been performed and recorded by a group featuring so many Indian classical musicians and raga elements. The piece’s basic structure consists of 53 cells of music for any instrumentation, short fragments that each performer repeats, displaces and moves through at their own will. Terry Riley is a long time practitioner of Indian classical vocal music, having studied with Pandit Pran Nath, but he confirmed that “I have never heard an ensemble like this playing In C.” BRM brings the composition full circle with this unique rendition.

BRM performs and presents over 70 concerts annually including an ongoing weekly concert and jam session at venues including Kennedy Center, Lincoln Center, Celebrate Brooklyn, Pioneer Works, MOMA, Rubin Museum and more.Their extensive repertoire includes Terry Riley’s In C, a Coltrane Raga Tribute, Indian classical and original works by various members of the collective. BRM is a 501 c3 Non-profit run by musicians for musicians dedicated to spreading raga inspired music across the globe. This is BRM’s first release with Northern Spy Records, and the first time the group’s work will be available on CD.