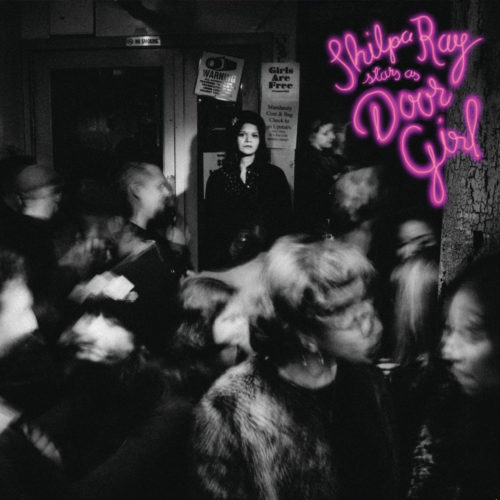 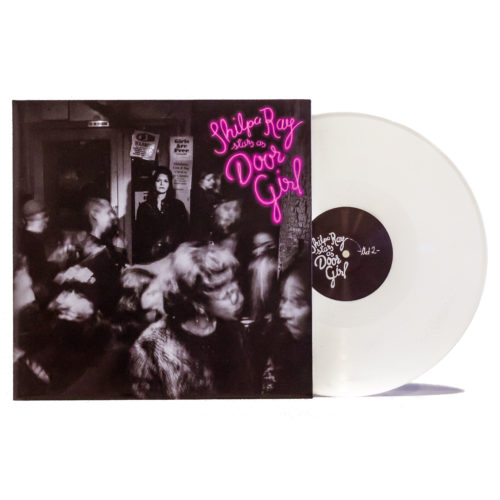 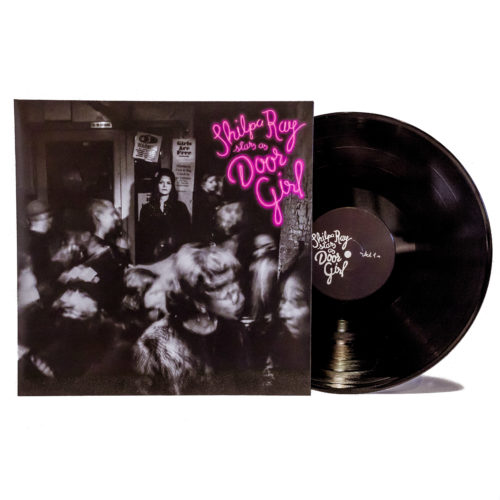 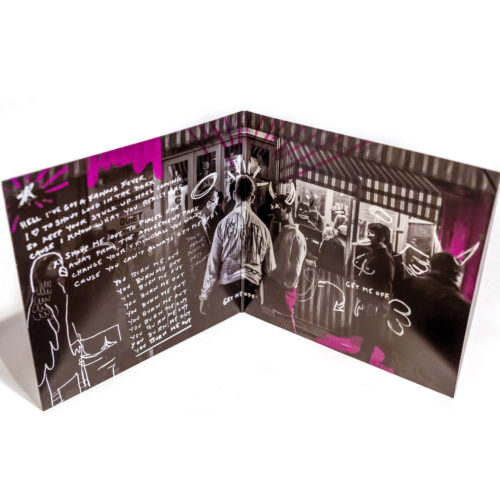 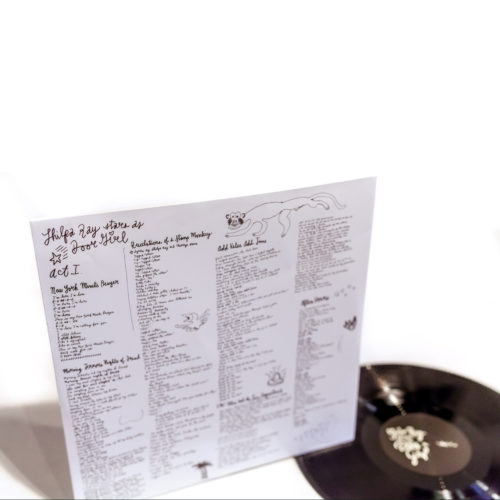 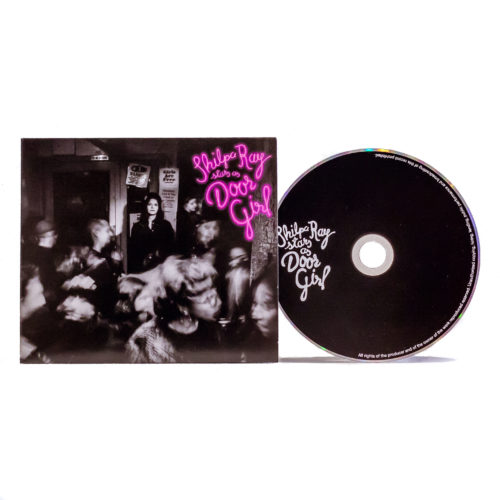 That’s what it says on a makeshift sign on the wall above Shilpa Ray’s head on her latest record, Door Girl. Sometimes in life it helps to take the signs one encounters literally. Girls are free to make mistakes. Girls are free to come and go. Girls are free of all those preconceived notions attached to what it is to be a girl. Gazing with a mixture of serenity and weary imperiousness beneath that sign is Shilpa Ray. Door Girl takes as its titular inspiration her time working the door at Lower East Side bar Pianos, its reputation one of hard-scrabble survival and the inspiration of desperation. Shilpa Ray has seen it all.

Girls are free to bear witness.

“Shilpa Ray Stars as Door Girl” beckons from the cover of Door Girl in pink neon – reminiscent of nothing less than the pink lipstick that spells out New York Dolls on the cover of their similarly explosive record. The seething frenzy of a feeding frenzy – the hallmark of closing time desperation – whirls around her on the cover, people moving past so quickly that they become a smear of obscurity even as she watches everything by the door. Or is it merely normal life, speeding across her hemisphere in that blasé and banal way that yields few treasures except those that only the most perceptive of all possible artists can dig out? Her song titles are gems that glitter with scorn – “Shilpa Ray’s Got a Heart Full of Dirt,” “You’re Fucking No One,” and “Morning Terrors Nights of Dread,” to name a few – and underscore how extortionately rare good song titles truly are.

Her voice – singular in modern popular music because of its radiant imperfection – takes neither prisoners nor guff as it offers up continuous caustic commentary on the human condition. Hers are observations gleaned from endless nights watching people in their natural habitat. These arenot pretty pictures, shot through as they are with violence in the obvious and menace in the failures. Alternately dreamlike and lifelike, Door Girl carves out its portraits of nightlife with reverberation and feedback, unveiling an expansive level of production quality through which even the perfectly-recorded snare drum is as present and as crisp as the bad breath of the drunk falling asleep at your elbow. Each instrument is so clearly defined in the presentation as to become one of those selfsame dive bar habitués on which Shilpa Ray shines a stark Klieg light of absolute truth. It is the story of a city as it lives and breathes at its most basic levels, as told by an artist who is equal parts musician and magician and for whom each song is a different life she has lived and breathed and experienced like few others have.