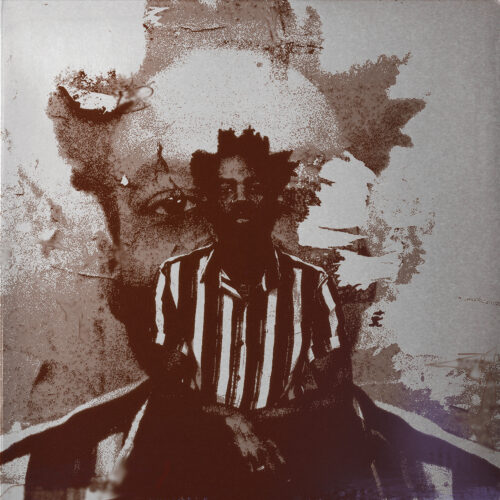 When Chicago-area native Josh Johnson moved to Los Angeles eight years ago, he thought his stay would be temporary. The saxophonist and keyboardist would spend a year or two there: enough time to learn from two of his heroes, Herbie Hancock and Wayne Shorter, but not a complete geographic pivot. After all, for musicians — especially those making improvised, collective music — where you live and what scene you’re part of can have a monumental effect on the kind of art you make. His hometown had a vibrant musical community in which he was already immersed; there was no immediate reason to seek out something new.

But eight years later, Johnson is still in L.A., where he recorded his debut album Freedom Exercise with three of his closest friends that he describes as “musically omnivorous” — the same quality that inspired him to stay on the West Coast. “A lot of people I’ve connected with here have opened me up to a lot of things I hadn’t imagined,” he says. Johnson’s corner of the L.A. improvised music scene has its epicenter at a long-running Monday night gig helmed by his friend and frequent collaborator (and fellow former Chicagoan) guitarist Jeff Parker at a bar called ETA in Highland Park. There, when he’s not experimenting with Parker — on whose latest album, the critically-acclaimed Suite for Max Brown, he’s featured — Johnson has gotten to know musicians and artists of all stripes. The vibe is intimate and expansive at the same time, much like the album itself: as numerous as Johnson’s influences are, on Freedom Exercise they’re showcased in a way that feels organic, straightforward and unpretentious. Even at its most surprising and complex, the project is ultimately still inviting.

“It brings in a lot of people who don’t go to jazz clubs,” he says. “It’s a thing that’s been very stimulating for me, because it doesn’t feel insular.” That diverse community helped him remember that music-making was most fun for him when he resisted genre orthodoxy — like when he was in high school, learning saxophone and jazz while playing keyboards in church, making minimalist electronic music on his parents’ computer, playing in indie bands and listening to hip-hop and Chicago post-rock. Through friends he met at ETA, he became the touring musical director for crooner Leon Bridges; an unlikely assignment as his reputation has grown rapidly in the jazz world thanks to his work alongside Makaya McCraven and Jeremy Cunningham, but one he says has been transformative. “It’s helped me be a better listener in improvised settings,” he says. “Not just playing to play, but really thinking about why, and what something is for.”

That intentionality is self-evident on Freedom Exercise, a collection of songs tied to that same idea of genreless exploration — jazz, post-rock and electronic music are certainly all inspirations, but none reigns exclusively. The stripped-down, urgent album is built on layers of intertwined, distinct melodies occasionally softened by distortion, delay and reverb. Asymmetrical but still inviting, Johnson’s compositions spotlight his sensitivity and restraint; the synth seamlessly interspersed throughout adds an unexpected dimension. The result is concise — 10 songs, most under five minutes — but still expansive, like an intimate gathering in a sprawling city.