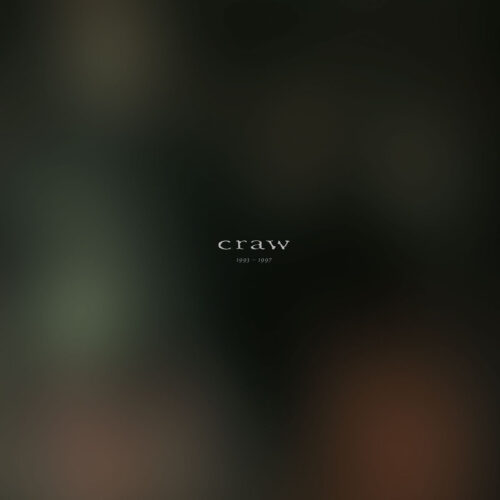 Northern Spy reissues the first three records by Cleveland, Ohio, post-hardcore band Craw in a limited-edition vinyl box set, 1993–1997. All out of print for two decades or more, these full-lengths—1993’s self-titled debut, 1994’s Lost Nation Road and 1997’s Map, Monitor, Surge—complete a story that concluded on Bodies for Strontium 90, released in 2002 by Hydra Head Records. The new box set lovingly reintroduces these records in a deluxe package including three remastered double LPs and an exhaustive 100-page page book. The book, designed by the team behind one-of-a-kind visually driven label Aqualamb—who have also overseen visuals for the entire release—includes a wealth of unpublished photos and ephemera, an exhaustive oral history of Craw drawn from newly conducted interviews, and a detailed timeline of band activities, shows and releases, stretching from Craw’s 1988 formation to their 2002 break-up.

Thanks to the passion of writer and musician Hank Shteamer, who served as project organizer for the set and funded it through Kickstarter, Craw’s music finally receives the reissue it deserves. We hope that 1993–1997 will spur a reexamination of the band’s place in the lineage of aggressive, challenging, radically unorthodox underground rock and metal.

To celebrate the release of this epic set, Craw are reuniting for two special shows, taking place March 11th, at the Grog Shop in their hometown of Cleveland, Ohio, and March 12th, at Saint Vitus in Brooklyn, New York. All band members that played on the albums included in 1993–1997 will be on hand at each show, participating in career-spanning performances drawn from these releases as well as Bodies for Strontium 90.

“Craw’s music is explosive, eerie and downright riveting, combining the visceral rush of metallic post-hardcore, the compositional majesty of progressive rock and the purposeful abstraction of experimental improv, while at the same time achieving a rare, insular coherence all its own.”
— Hank Shteamer, writer, musician and project organizer

“Craw was one of those things where the first time I saw it, it just completely blew me away. I’d never heard anything quite like Craw up to that point. They were this strange mixture of noise-rock and metal with this very eccentric preacher-type character doing these weird pseudo sermons over the top of the music. It was just a very potent concoction of elements. Having a seen a band like that expanded the horizons of what was possible, so in that way, Craw definitely rubbed off on Isis.”
— Aaron Turner, Isis and Hydra Head Records

“What Craw will use as a moment in one song, another band might use as a theme for a whole album. Craw’s sound is spread out across a universe of disparate musical genres. They never imitate. Other bands imitate them.”
— Steve Albini