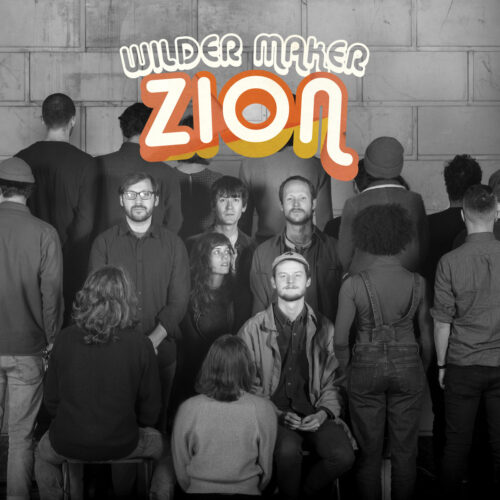 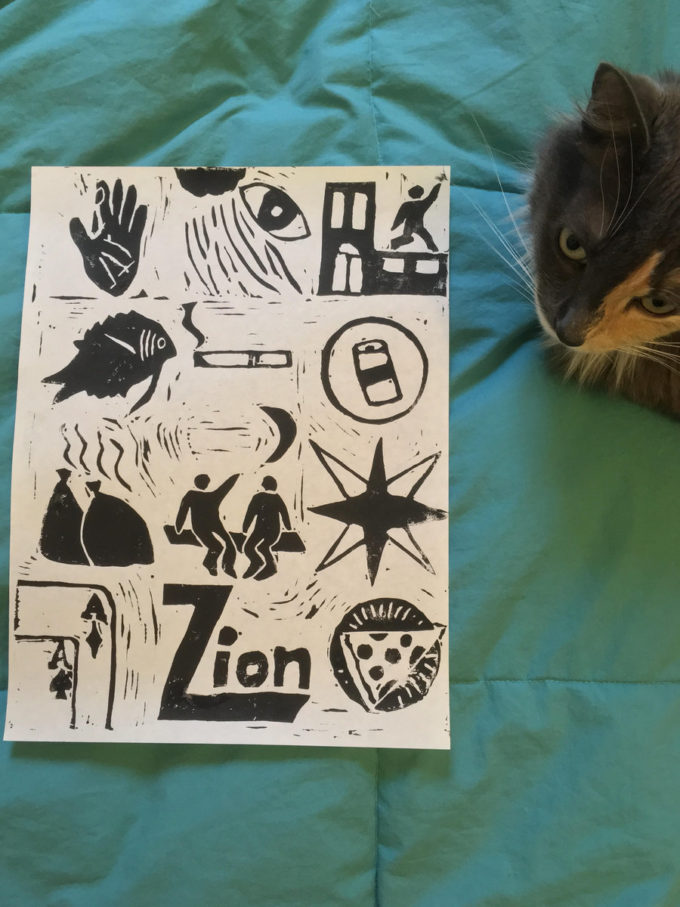 James Joyce once said that if all of Dublin was destroyed, they ought to be able to rebuild it brick by brick just from reading his novels. Wilder Maker’s Zion is the first chapter in a musical novel that makes the same claim for Brooklyn, NY. Written by guitarist / saxophonist / singer Gabriel Birnbaum and brought to life with long time collaborators Katie Von Schleicher, Nick Jost (Baroness), Adam Brisbin (Sam Evian, Jolie Holland) and Sean Mullins, Zion is a kaleidoscopic snapshot of years hustling for a break in New York City: waking up at 5 am to pour coffee for the brownstone-owning elite, waiting for a drug dealer on a city bench outside a blurry house party, moving catastrophically from apartment to apartment in the garbage scented heat, glimpsing euphoria through the ritual of taking your place among the anonymous crowd at a music festival, having your heart shattered in front of an audience at a bar, drunkenly contemplating bodega window displays, circling ever closer to something that could either be perfection or the drain, depending on the day.

Last year’s Saddle Creek single “New Streets” showcased the band in their poppiest Fleetwood-Mac-channeling mode, breezy summer jams for driving with the windows down, and it got them noticed by NPR, SPIN and Stereogum, but Zion hugely expands their palate of tools. Its influences run from classic 70’s Dylan to blown out free jazz saxophone, from Dr. John’s swampy psychedelia to Ethiopian sounds picked up from Birnbaum’s many years as a member of Debo Band, with hints of Coltrane’s classic quartet and nods to The Velvet Undergound. Zion is an omnivorous record. Its wide-ranging influences have been hinted at throughout Wilder Maker’s adventurous catalogue of self-released material but never explored so fully, or with this kind of wild energy and unclassifiable groove. This is a record to dance to, to cry to, to sing along to, maybe all three at once.

Lead vocals are traded casually back and forth by Birnbaum and Von Schleicher, who sing the kind of natural kinship you only get from almost a decade of working together, with Mullins and Jost forming a perfectly locked in core for them to float over, handling the odd-meter twists and turns of “Cocaine Man” and the backbeat strut of “Closer to God” with the same easy skill. Inspired as much by books by Rachel Kushner, Karl Ove Knausgaard, and Frank Stanford, the lyrics examine both dramatic and mundane moments, finding a way to infuse the everyday with as much meaning as the extraordinary, to find a metaphor in sun-bleached soda labels, tentative teenage dancers and halal carts.