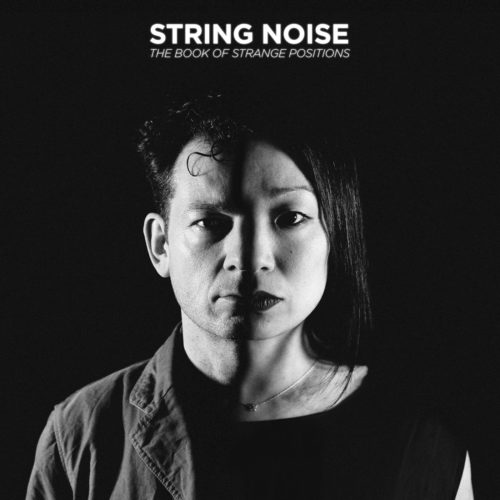 The Book of Strange Positions

Conrad Harris and Pauline Kim Harris, the husband/wife violin duo comprising String Noise, have built a reputation as relentless contemporary music advocates with a propensity for the most intense and advanced classical music of today. As performers they have championed the work of extreme contemporary composers such as Bernhard Lang, Eric Lyon, and John Zorn.

This release goes back to the roots of String Noise. Between 2009-2011, Eric Lyon composed Noise Triptych, the first work written for the as-yet-unnamed duo. Lyon then provided the moniker String Noise, and the duo made their debut at the 2011 Ostrava New Music Days festival. This release presents Noise Triptych, and its follow-up composition, The Book of Strange Positions. Accompanying these works is a set of arrangements of punk rock songs created by Lyon between 2011- 2015.

The combination of classical music and punk rock might seem surprising, but here it makes sense. Lyon’s recent music has been built on the technique of “articulated noise,” in which most creative decisions are made at random, and the composition process is largely about managing serendipity. While this may seem abstruse, Lyon’s music itself tends to be driving, intense, and immediate, with strong ties to a punk rock sensibility. This pairing presents Lyon’s music in the context of some of its own musical affinities, while presenting familiar punk rock songs from a fresh viewpoint.