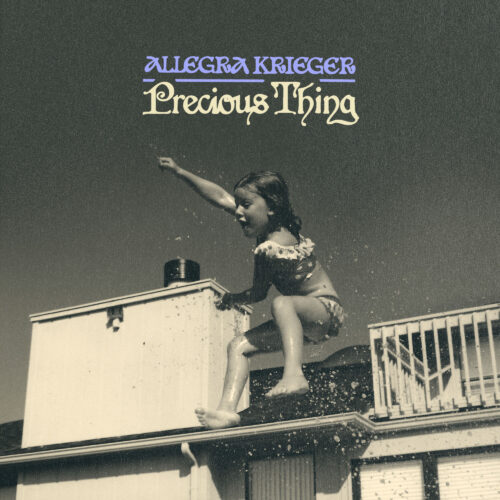 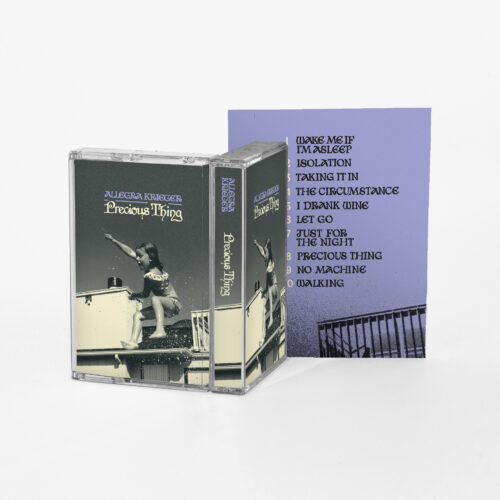 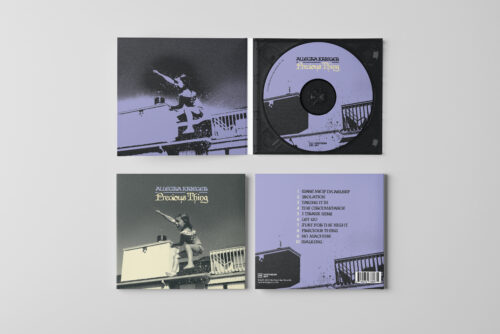 On Allegra Krieger’s Precious Thing, the singer-songwriter tries to capture fleeting moments in a world that is sick from itself. With a voice that rings like a windchime signaling a storm coming, Allegra masterfully weaves together ephemeral moments as life barrels by her unforgivingly. From singing about sharing a gaze with a man on the train to Coney Island as the clock strikes 12 on New Years, to taking a loved one off life support, to processing the religious trauma of wine, Krieger portrays the particular pang of being a woman alive in a modern world.

In October 2020, Allegra drove across the country to record Precious Thing in Marin, CA with producer Luke Temple(Here We Go Magic, Art Feynman) and musicians Jeremy Harris, Kalia Vandever, Rob Taylor and Jacob Matheus who contributed organs, synths, bass and lap steel. Delightfully mellow but never bleak, Precious Thing is a soundtrack for the daily motions of our lives.

“Precious Thing,” the album’s title track, reminds us how gorgeous it is that we can get up everyday and do the same thing. “It’s watching something leave you,” Allegra says about this song, “wanting to fast forward to the end of the leaving, to move on, become lighter somehow.” In the song “The Circumstance,” Krieger sings about trying to revel in the consistency that two people have built together, knowing that it can and probably will end. But for now, here is the light from the morning on her lover’s face, a book on a sofa in the apartment they share together, the milk in a coffee “rising like a plume.” The song brings to mind questions of fate and coincidence: loving somebody is a beautiful circumstance, an almost-perfect thing brought together by the chaos of surviving under the capitalist sun. But what if it had been different? What if being alone is better than the loneliness of trying to make something to work?

Something else that’s central to this album is routine: Allegra’s lyrics celebrate the ebbs and flows of our daily lives, the people who come in and out of them, the hope that one of these days, somebody will stick around. In “Let Go” she sings, “When you woke up did you think of it?/ Your body/leaving behind the routine?” This comes up again in the phenomenal closing track, “Walking,” when she sings, “I don’t expect wonder or magic or rain/Maybe a smile at a stranger passing/ and maybe one day/ I’ll see that stranger again.” There is a specific fertile sadness to this song, as she describes days of serving eggs and pouring beers and “the faces and bodies” of lovers fleeting, that is guaranteed to make listeners burst into tears because it will make them think about being alive in one body and wanting something so badly, even if they can’t name what it is.

At the heart of this album is a young, working woman asking “Do you see this right now? I can’t be the only one.” This is an album about looking, and Krieger fills up each lonely space she enters with her gaze. Krieger asks you to look, to really, really look, so that you can remember something, however small it is, when it’s all gone.