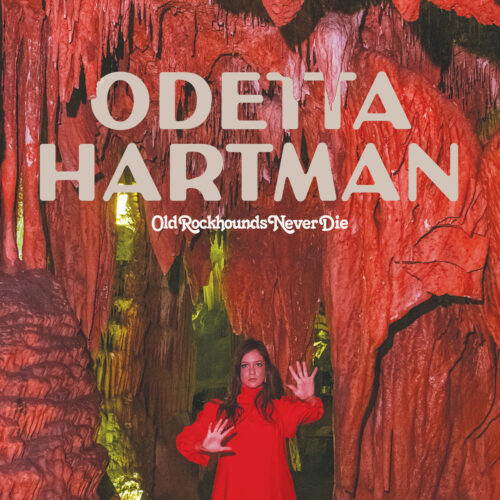 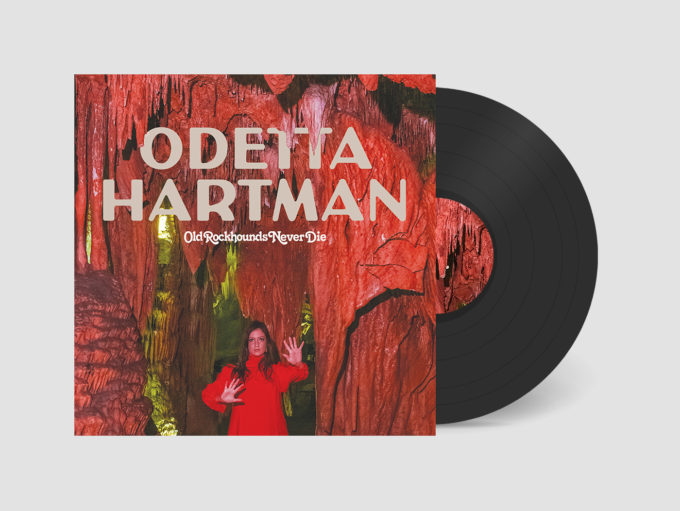 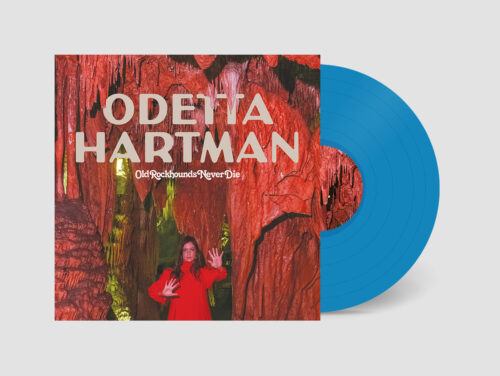 Odetta Hartman’s second album Old Rockhounds Never Die is a bonanza of beautiful contradictions: intimate yet fiercely internationalist, spiritual and yet tangible, sweet and also sexy. It convenes with the ghosts of the past while marching relentlessly forwards.

Drawn from experiences as far-flung as riding a train from San Francisco to Chicago with an old-style, rootin’-tootin’ cowboy for company (“Cowboy Song”), to experiencing the intense natural beauty of Icelandic waterfalls (“Dettifoss”), it’s a record that taps into the musical traditions of the past while being a collection of songs about living in the moment.

Raised by pioneering parents on the Lower East Side of Manhattan, NYC, Odetta’s milieu was a “colorful culture of artistry,” that included early exposure to community activism, renegade film screenings, poetry readings and trips to CBGB’s. Inchoate punk and hip hop were aural wallpaper, as were the 45s spinning in the household jukebox featuring her dad’s extensive collection of soul and afrobeat records, as well as her Appalachian mother’s classic country selections. A classically trained violinist with a penchant for back-porch banjo, Odetta combines these variegated sounds of her childhood with her personal passion for folk music and the musicological legacy of Alan Lomax.

Lomax is writ large on Old Rockhounds… at least in spirit anyway. Odetta plays all the instruments on this and her debut 222, which made problematic the changeovers between songs when playing live. Field recordings the singer had collected on her travels were utilized to make such transitions seamless, and so successful was that intermingling of songs and soundscapes that they’ve transitioned into the recording process. It makes for a strangely intimate listen: tingly and a little tipsy: an album for twilight, sitting within the nocturnal hinterland between dusk and somnambulance – candlelit and confidential – a time for stories and secrets.

So far, so old skool. And yet, Old Rockhounds Never Die also embraces modernity without ever sounding incongruous. The mix of manipulated 21st century beats and the musical traditions of centuries meet at a crossroads and consummate their curiosity without inhibition. It’ll probably not surprise anyone listening to the album then that its a co-production. Odetta writes and performs all the songs while her partner Jack Inslee is in the background bringing the digital dark arts. Experimenting with found sounds & foley, the two have developed a sonic vernacular built around playing around with a-typical instruments. Hartman explains: “Many of the beats on the album were recorded in the kitchen: the snare sound is actually a running faucet, or if you hear these glockenspiel bells that’s actually a set of kitchen bowls. Other percussive elements include scissors, a pepper grinder and keys on the radiator.”

Hartman was performing in a 10-piece band when she met Jack, who then challenged her to strip everything back and explore her own singular talent. The first fruits of this experiment were borne on the aforementioned, critically acclaimed 222. In 2015, Stereogum said: “Her impulse to mix elements of folk, bluegrass, and Americana with experimental or warped psychedelia is bridged by her strength as a lyricist, and the strength of the record’s producer Jack Inslee.” Old Rockhounds… takes the blueprint and improves upon it, with songs yet more vivid, sensual and cinematic. “Widow’s Peak” in particular is peak Hartman, a spooky tale that came to her like a bolt of lightning one day. It’s a gorgeous lullaby that builds stealthily, then – like a levee of violins rather than water – it bursts forth. That special moment was actually originally a mistake in the studio.

“It was a happy accident,” says Odetta. “We played back all of the test takes together by mistake and fell in love with the wall of sound. I love mistakes in songwriting or recording, because they so often lead to something greater.” The title track, meanwhile, came as a moment of inspiration that seemed to also come from another place. If the singer was the vessel, then luckily Jack was on hand with the tape rolling. Odetta explains:

“Jack and I were working on something else; it was pretty late at night, a couple of whiskey’s in, and I was strumming this shitty backpacker guitar. Thankfully Jack ran the tape, because that track is completely improvised; it just came off the bat. You can even hear me laughing at the end! I think the melody is really catchy and I was doing something with my voice that I’d never done before – kind of jumping up the octave in that old country yodelling style.

“I re-tracked with a real guitar, wrote different lyrics that were a little more clever, but ultimately you just lose the magic when you try to recreate something so raw like that. Maybe most artists wouldn’t start their record with a scratch take of a demo, but for me it just emphasizes that I never take myself too seriously and I always try to have fun.”

If fun is the operative word, then it should also be noted that Old Rockhounds Never Die is an album featuring a dust-bowl murder ballad called “Misery” replete with gunshots. With Odetta Hartman it’s always about those beautiful contradictions.