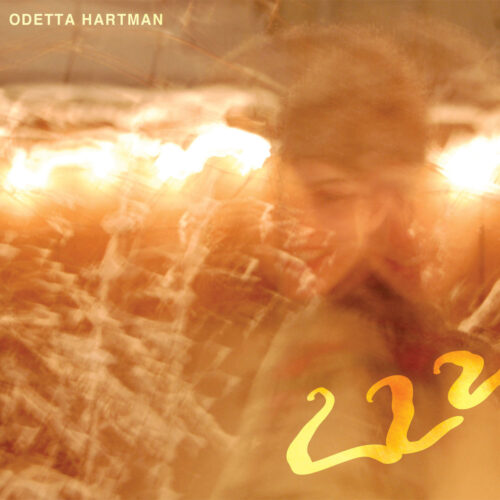 Odetta Hartman is a young woman keeping the spirit of Old New York alive. With a heart-stopping voice and wide-ranging instrumental talent, she carries cowboy soul into a new era where country can clash with computers, and bluegrass isn’t afraid of bass.

With her first strictly solo record, 222 — an experimental, bedroom-produced hybrid of folk, musique concrète and psychedelia — Odetta Hartman and her partner, sound artist and producer Jack Inslee, have created something completely original and unsettling: badass banjos, detuned violins, superstitious stories and eerie soundscapes all give backing to beautiful vocal stylings that range from sensual to spooky.

222 presents itself as a post-modern audio novella: its 22-minute running time makes it as concise as your favorite Netflix episode, and its eclectic edge is sure to leave your head spinning by the time you’re through. In addition to writing all of the songs, Odetta sings, plays banjo, violin and guitar and incorporates samples from her own field recordings to create a truly idiosyncratic world of sound. A companion remix EP will be released in collaboration with Full Service Party, featuring unique reinterpretations of each track from some of the finest talents in the electronic music world.

The 25-year old East Village native grew up around experimental filmmakers, street poets and after-hours debauchery, all thanks to her pioneering parents (founders of the local institution Two Boots Pizza) who have cultivated her passion for musical performance since the tender age of 4 years old. She currently teaches neighborhood girls age 8-18 how to produce radio and music at the Lower Eastside Girls Club.

Odetta Hartman has explored traditional forms of Americana with previous projects – she was a popular performing artist in The Sparrows while at Bard College, she toured the country with songwriter-magician Gryphon Rue, has ample credits for multi-instrumental session work, and self-released two EP’s with some of the best musicians NYC has to offer.