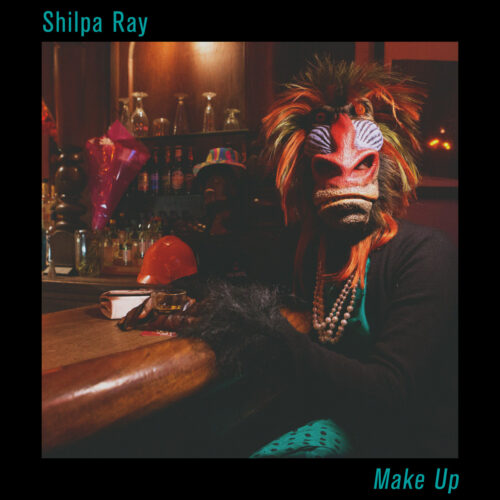 The former backup singer for Nick Cave steps out from his shadow to release the Make Up EP, a pair of imaginatively adapted covers. On Lou Reed’s quirky “Makeup,” described by Rolling Stone as an “image of the…sissy traipsing around and lisping about effeminacy,” Shilpa Ray filters the story through the antithetical lenses of explosive noise and charming cabaret. Next, Dinah Washington’s legendary “What A Diff’rence A Day Makes” is given a seventies soft-rock makeover, and you find yourself completely bewitched by Shilpa’s captivating vocals and dreamy wurlitzer piano. Only a brief taste of what’s in store on her brilliant upcoming LP, Last Year’s Savage (May 19th on Northern Spy), these songs are sure to whet the appetites of long time fans and new ones alike.

I had an epiphany about “Make Up” (written by Lou Reed) when I was in Palermo around Christmas time after the Bad Seeds tour. Lou had died late October. I found out 10 minutes before I had to play solo before a sold out crowd at the Hammersmith Apollo in London. Needless to say, his passing had a massive effect on me. He was my childhood hero. Europe was hard to grasp for me in a lot of ways. The culture, language barriers,the overload of dairy and ghettos of freshly placed refugees from countries, some I had never heard of before. I was exhausted and getting drunk outside a bar where you can get Marsala for a Euro, basically all I could afford. There were tons of kids dancing in the streets getting high and happy, when this stray yellow lab walked up to me and starts swaying back and forth. The song Make Up came blaring through the stereo and I started swaying with the dog. It was one of those rare moments I felt alright.

We had decided to go to the Rock n Roll Hall of Fame during a tour stop in Cleveland. I was pretty cynical about the whole thing and tour hadn’t been smooth. I had to send a dude home for being a brat in Kansas City among other places and was feeling pretty exposed as the bad guy. It was a stressful situation and trying to justify my actions in the passive aggressive world of music where no one’s making any money felt daunting. I separated myself from the group, the costumes, the Katy Perry and the Beyonce and hung out in the listening booth for hours. Dinah Washington came on and put every wannabe singer, myself included, to shame. What a voice! She draws her breath so long and never loses the listener. I had to challenge myself with this one. I hope I can sing like her someday.

Recorded in January 2015 by Jason LaFarge at Seizures Palace