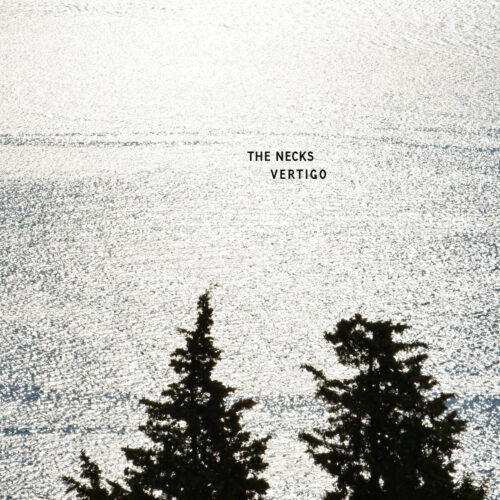 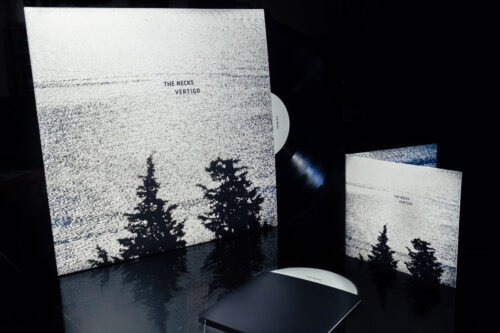 The Necks 18th album Vertigo is an eventful, kaleidoscopic tone poem set against a darkly shimmering background. Slowly but inexorably moving forward, it crosses many frontiers yet remains true to the mission and mood established in the opening stanzas of this cinematic 44 minute journey. A work able to be viewed either as a whole, or two symmetrical halves, Vertigo sees The Necks once again offer an excursion in sound that reflects both the light and darkness of some preternatural world.

Vertigo will be released on 30th October in North America by Northern Spy Records. It follows their acclaimed 2013 album Open, described by SPIN as ‘the most beautiful album of the year’.

In contrast to the sustained improvisations that are their live performances, The Necks’ studio albums take shape by way of intricate crafting brought to bear throughout the entire recording and mixing process. “The discussion this time really began in earnest in the session itself, where we started to pursue the idea of having a drone running from start to finish, off which we could hang ideas,” said bassist Lloyd Swanton “But like all Necks albums we ended up in a very different place from whatever our initial notion of it had been.”

Maintaining a teetering tension between suspension and collapse, Vertigo draws on a diverse palette of sounds created in the studio by Tony Buck (drums/percussion/guitar), Lloyd Swanton (bass) and Chris Abrahams (piano/keyboards), featuring everything from homemade instruments, extended instrumental techniques and marathon explorations of sonic textures.

One piece, at the same time two. Monochrome, yet multicoloured. Dark, yet incandescent. Expansive and still. Melancholic and exhilarating. The Necks. Vertigo.