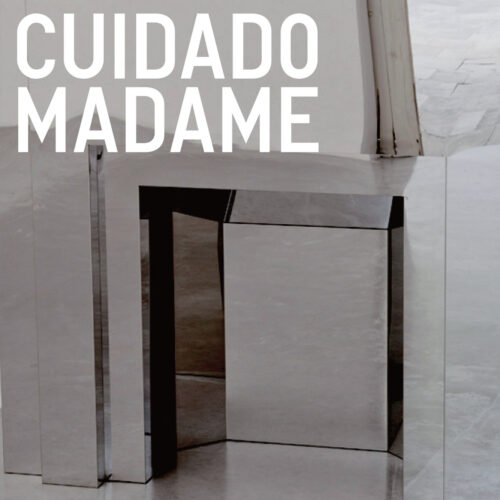 • The album is titled after an infamous 1970 Julio Bressane film about oppressed housemaids revolting against and brutally murdering their mistresses. The literal translation is “Careful, Madame.”

• Candomblé (spiritual rhythms revolving around possession and trance) served as the foundation for the record. The process began with recordings of atabaques in Brazil. Lindsay wrote melodies and lyrics over the rhythms in the studio in Brooklyn.

• The album is an exploration of the cultural nexus of Afro-Brazilian spirituality and western modernity.

When people talk about Arto Lindsay’s body of work, they often project a reductive dichotomy. There is Scary Arto and Sexy Arto.

The choice to marry Sexy and Scary into a single performance was striking and bold. I cannot speak for Arto, but my read of the statement was that it rebuked the notion that his vision is somehow binary. It felt like fresh terrain.

This brings us to Cuidado Madame, the long awaited new album, where Arto’s mastery is in full bloom. Though the album certainly favors Sexy Arto, its fearlessness makes us let go of our boring, dichotomous ideas. On offer is the full, inimitable Arto Lindsay range of texture, noise, technology, ensemble playing, melody and poetry, sensuality and intellect.

In the sense that there are many kinds of dreams.