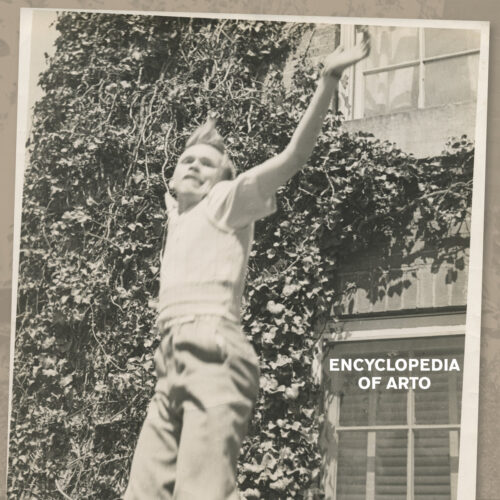 The Encyclopedia of Arto

Encyclopedia of Arto Lindsay, coming out in the US on May 20th, 2014 for Northern Spy Records, is a photograph of the musical world created by Arto Lindsay. A double CD that presents the different musical souls that have always been the basis of the musical creativity of this American musician and composer.

Since his infancy, spent mostly in Brazil, Arto has been absorbing the music that surrounded him and elaborating a synthesis between experimental music and pop music. His first group, DNA, along with Ikue Mori, Robin Crutchfield and Tim Wright, without ever publishing an actual album, has deeply influenced the New York and worldwide experimental music scene, helping bring about the No Wave movement, brought to light by a compilation produced by Brian Eno in 1978 and titled No New York. As was clear from the innovative rhythmic elements already present in DNA, his Brazilian musical development already stood out in those years with Tropicalismo, Samba and Bossanova and with the Ambitious Lovers, the project which he gave life to in 1984 with the keyboard player Peter Scherer. No Wave and Post Punk were being enriched with Brazilian sonority such as Pagode and Bossanova which reached their heights in the cover of “Dora” by Dorival Cayimmi, an example of a popular Brazilian tradition showing up for the first time in a musical contest, that being that of the alternative American music which, up until then, had been absolutely distant. In this unique journey and in the many other collaborations with artists of varying extraction (from John Lurie and Marc Ribot to Ryuichi Sakamoto) and in important musical productions, (the most important of all being Estrangeiro in 1989, a turning point album in Caetano Veloso’s artistic career) and reaching deserved recognition in 2002 with the victory of the Latin Grammy Award (for the production of Marisa Monte‘s record, Memorias, Cronicas e Declaracoes de Amor), these apparently contrasting elements permeated each other more and more, giving shape to the unmistakable style and creativity of Arto Lindsay.

The first CD which makes up Encyclopedia of Arto includes the tracks that Lindsay has chosen from his solo albums of the period between 1996 and 2004, “O Corpo Sutil”, “Mundo Civilizado”, “Noon Chill”, “Prize”, “Invoke” and “Salt”, tracks that he wrote with exceptional travel companions like Amedeo Pace (Blonde Redhead), Marisa Monte, Caetano Veloso, Kassin, Vinicius Cantuaria, as well as the faithful Andrés Levin and Melvin Gibbs.

In the second CD we find a solo performance of Arto, voice and guitar, a naked, cutting sound where the vocal melodies and the atonal guitar playing manage to epitomize all his “musical poetics”; it’s the essential Arto. Besides an unreleased track titled “Pony”, we find tracks from the aforementioned solo albums, including covers of Prince and Al Green, which revolutionize the studio versions recorded on “Mundo Civilizado.” We also find unreleased covers by Chico Buarque and also of the tradition of carioca Samba “Maneiras” (lead to success in Brazil by Zeca Pagodinho) and of the Samba Reggae “O Mais Belos Dos Belos” of Bahia.