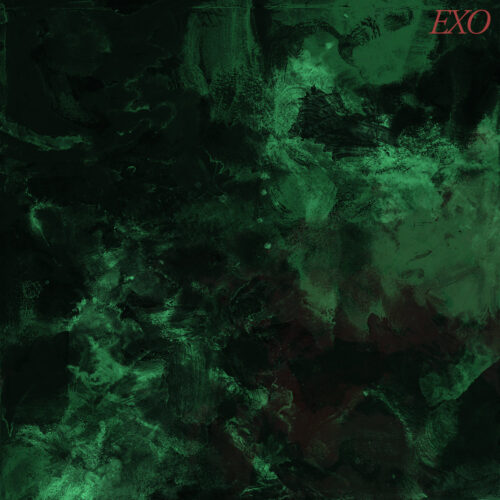 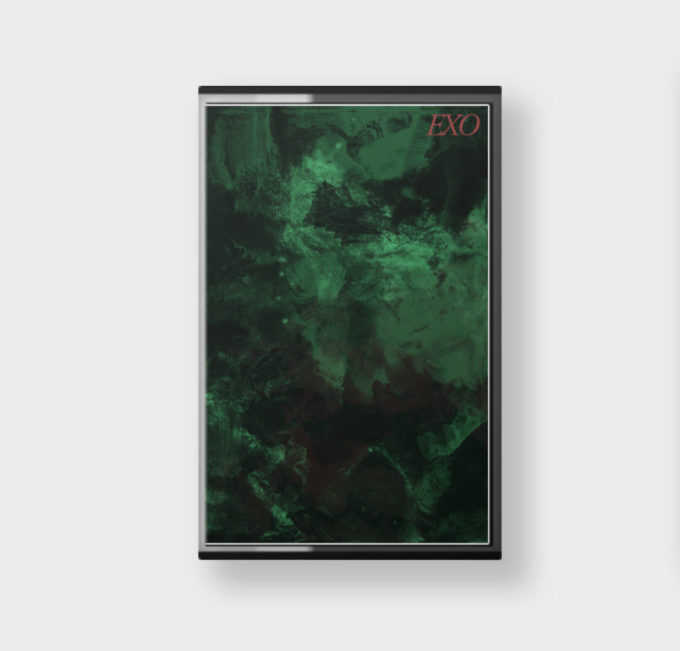 She’s talking, as you might have guessed, about the larger social reverberations that work their way into the scope of the New York City trio’s new EP EXO. But she’s also talking about the personal inconstancy that powers the band’s creative engine. That’s in there too — and it’s with this internal unsettling that Parlor Walls truly shake things up.

“I’m always moved by unrest or agitation,” Lamb continues. “That’s what moves me. We need to shake things up. We like to be shaken up.””

Formed in 2013 around the partnership between Lamb and drummer/keyboardist Chris Mulligan, Parlor Walls essentially started even before they played a note together. The pair fell fast into a profound rapport based on their myriad shared interests. Mulligan saw Lamb, a former ballet dancer, fronting the experimental noise rock outfit EULA wearing ballet shoes and a leotard. Intrigued by her stagewear, Mulligan introduced himself and offered to custom-paint a leotard for Lamb. He did, she began sporting it at shows, and although they didn’t realize it at the time, they were on their way towards forging an unprecedented sound that neither had heard before — and that they couldn’t have arrived at without one another.

Crucial to the equation was the way each nudged the other person of their respective comfort zone: Mulligan helped Lamb (who holds a degree in composition) get more comfortable with improvisation, while Lamb helped Mulligan get more comfortable with unstructured noise. Oh, and Mulligan learned how to play drums and keyboards simultaneously — a decision that, as Mulligan describes it, forced him “into a corner” by requiring him to be more inventive on both instruments. His distinctive technique (Mulligan prefers to write parts that he can physically play at the same time) lies at the heart of what makes Parlor Walls so unique.

Decades after the wall between rock and jazz began to fall, the band’s 2017 full-length debut Opposites took us further down the road towards finally being able to envision the two styles commingling without an awkward language barrier or self-conscious air of dilettantism between them. Perhaps it took polymaths like Lamb and Mulligan to get us there with such natural ease. (Both bounce freely between mediums, including instruments, fabrics, various dance forms, film, acting, etc.) On EXO, which introduces clarinetist/programmer/multi-instrumentalist Jason Shelton to the band’s lineup, Parlor Walls erode at the divisions between no wave and new wave by balancing melody and what Lamb and Mulligan refer to as “anti-melody.”

Likewise, the pair possesses a rare gift for creating a sinister mood that’s rife with antagonism yet still feels inviting and, even cozy. Throughout EXO, soaring vocals co-exist alongside brittle, spray-painted guitar chords and rumbling drums as keyboards cast ominous shadows for clarinet lines to skulk behind. At other times, the instruments trade dispositions — take, for instance, the soaring swoon of “Love Complex,” which hints at what the B-52’s might have sounded like had they honed their act at the Knitting Factory. (It helps that the songs bear the recording and mixing touch of Joseph Colmenero, who has served as RZA’s personal engineer over the last decade and has also worked with Philip Glass, Björn Yttling and others.)

All in all, you’d be hard-pressed to point to another contemporary release that renders what we would commonly refer to as “darkness” using such a wide range of color. There’s plenty of music that gets us riled up to shake our fists at external targets — in fact, EXO works quite well for that. Presumably, there’s no shortage of listeners who, like Lamb, realize that things around us can no longer remain as they are. But this is music that cuts just as deeply when pointed inward. You can take it any number of ways, for example, when Lamb sings “Get out in front of it” on “Low Vulture.” Without a neat bow of resolution or even a clear-cut antagonist/protagonist relationship, the song leaves you with a lingering sense of uncertainty — and it’s all the more rewarding for it.